Deprecated: Return type of Requests_Utility_CaseInsensitiveDictionary::getIterator() should either be compatible with IteratorAggregate::getIterator(): Traversable, or the #[\ReturnTypeWillChange] attribute should be used to temporarily suppress the notice in /home/salumana/public_html/wp-includes/Requests/Utility/CaseInsensitiveDictionary.php on line 91
 Excerpt of Entering Eternity with Ease – Sal Umana
Skip to content

The Denial of Life

A few thoughts on the denial of life which inevitably leads to the need to deny death. For how can we live with the daily certainty of death if we have not truly tasted life? In one of Martin Luther King’s sermons, he asks why so many people despise so many other people? King answered that we despise others because deep down inside we despise ourselves. We cannot recognize, accept, or love others because we cannot accept what is despicable in ourselves. What is so despicable in these miraculous creatures that we are, that took millions of years of evolution to evolve? Our very humanity is so weak and vulnerable. We are born in extreme weakness and we die in extreme weakness. We are a frightened people. Honoring the weakness of others leads to honoring our own weakness. Why can’t we accept that being human means to be gloriously, miraculously competent, yet, in the next moment, to be despicably incompetent? I sometimes imagine being late for school as a child, and when the teacher asked, accusingly, “Why are you late?”, I would answer sheepishly, “Because I’m incompetent, sometimes. This is one of them.” Of course, I never actually indulged this excuse, otherwise I would have been expelled from school and/or hospitalized for being insane. It has never been acceptable in American society to be openly human. We are taught from toddlerhood to dotinghood to always pretend to be competent, and always strive to be competent. It goes back to Erik Erickson’s second stage of development: the potty stage of toddlers, competence vs incompetence.

In Sherwin Nuland’s seminal book, How We Die, I am astounded at how deep and broad the subject is. First of all, hundreds of studies have been made for centuries about autopsies made after death. There are seven main causes of death: atherosclerosis, hypertension, adult-onset diabetes, obesity, mentally depressing states like Alzheimer’s and other dementias, cancer, and decreased resistance to infection. It is against the law for a doctor to write “cause of death: old age.” The doctor has to state exactly what disease the patient died from. It is somewhat like the insurance companies denying reimbursement to a psychotherapist who simply lists “socially dysfunctional” as the cause of mental illness. To be reimbursed, the practitioner must state a disease that is listed in the diagnostic and statistical manual of mental diseases. But the reality is that people who need mental health care are simply suffering from “Problems In Daily Living”. In psychotherapy schools today, they no longer have textbooks on mental pathology, but on “Problems In Daily Living.” Nobody ever comes to see a psychiatrist and says: “I’m suffering from neurosis, or psychosis, or narcissism, or hysteria.” They come because they have problems in living.

So with physical “problems in living”. We first experience a breakdown in our normal daily physical functioning. We don’t think of one of How We Die’s list of seven causes of death. Of course, we need to get a proper diagnosis and treatment for whatever ails us. But we also have to listen to our body and what it is telling us in each moment about how it feels, physically, not intellectually, but bodily, materially, sensing any one or several of the seven causes of death that How We Die discloses.

We are not talking about hypochondria here when we listen to our body. Hypochondria is a mental illness in which we think that every new pain we have means that we are about to die, or at least become severely disabled. I am talking about a pain somewhere in our body that is so severe that we think we are going to die in an hour or two. The emphasis is on “we think”. It is in our minds, not really in the bones and sinews of our physical body. So much so that hypochondria is now referred to by therapists as “heightened illness awareness,” because no patient can hear you if you say he is “making up his illness in his mind.” Most of the time, the patient is feeling real physical pain, but it is the interpretation of the pain that is scaring the patient to death. This is not “listening to our body”. It is listening to the paranoid, depressing thoughts that invade our minds almost every waking minute. This is why we need “mindfulness” which teaches us the difference between random, bombarding, alien thoughts that come from outside of us and the deep thoughts that come from inside of us where we are in touch, physically, with the ground of our Being. The “Ground of Being”, as I have said before is Tillich‘s symbol for “God.”

Almost as an aside, one of the only known cures for hypochondria, or “heightened illness awareness” is teaching the patient to accept the feeling that he is going to die. It sounds paradoxical, but if a person is paralyzed by fear of dying, if he finally gives up and accepts the idea that he is actually going to die, he can now relax and enjoy life, because when he is dead, he will no longer have to worry about dying anymore.

In a somewhat similar scenario, the Senators who slew Julius Caesar in Shakespeare’s play, talk about Caesar whom they assassinated:

Brutus:
Fates, we will know your pleasures:
That we shall die, we know: ‘tis but the time And drawing days out, that men stand upon.

Cassius:
Why, he that cuts off twenty years of life Cuts off so many years of fearing death.

The Romans were famous for not believing in an afterlife. (That is the reason they were so taken with the Christian idea of resurrection, which was about to be broadcast shortly after this in their history.) But here in the story of Julius Caesar, Cassius, one of the leaders of the assassination, cynically excuses their crime by stating that they saved Caesar twenty years of fearing death!

Apropos the Romans’ finally accepting Christianity as their state religion, they made resurrection and life after death the central teaching of their version of Christianity. Life was fairly miserable for Romans, whether they were free citizens or slaves. We should note that about

40 % of the Roman population were slaves. Most people died in their twenties or thirties because of bad teeth, bad medicine, and terrible public management of resources. When the early Christians talked about the resurrection of the dead, people listened. Soon, religion became a preparation for death, and life became a final exam to see if one was worthy of eternal life in heaven, or eternal death in hell. But now, two thousand years later, we are finally becoming more and more convinced that Jesus was talking about this life, not the next. His judgments about love of neighbor concerned each of us on earth, not as a test for our worthiness of ultimate rewards in a future life. 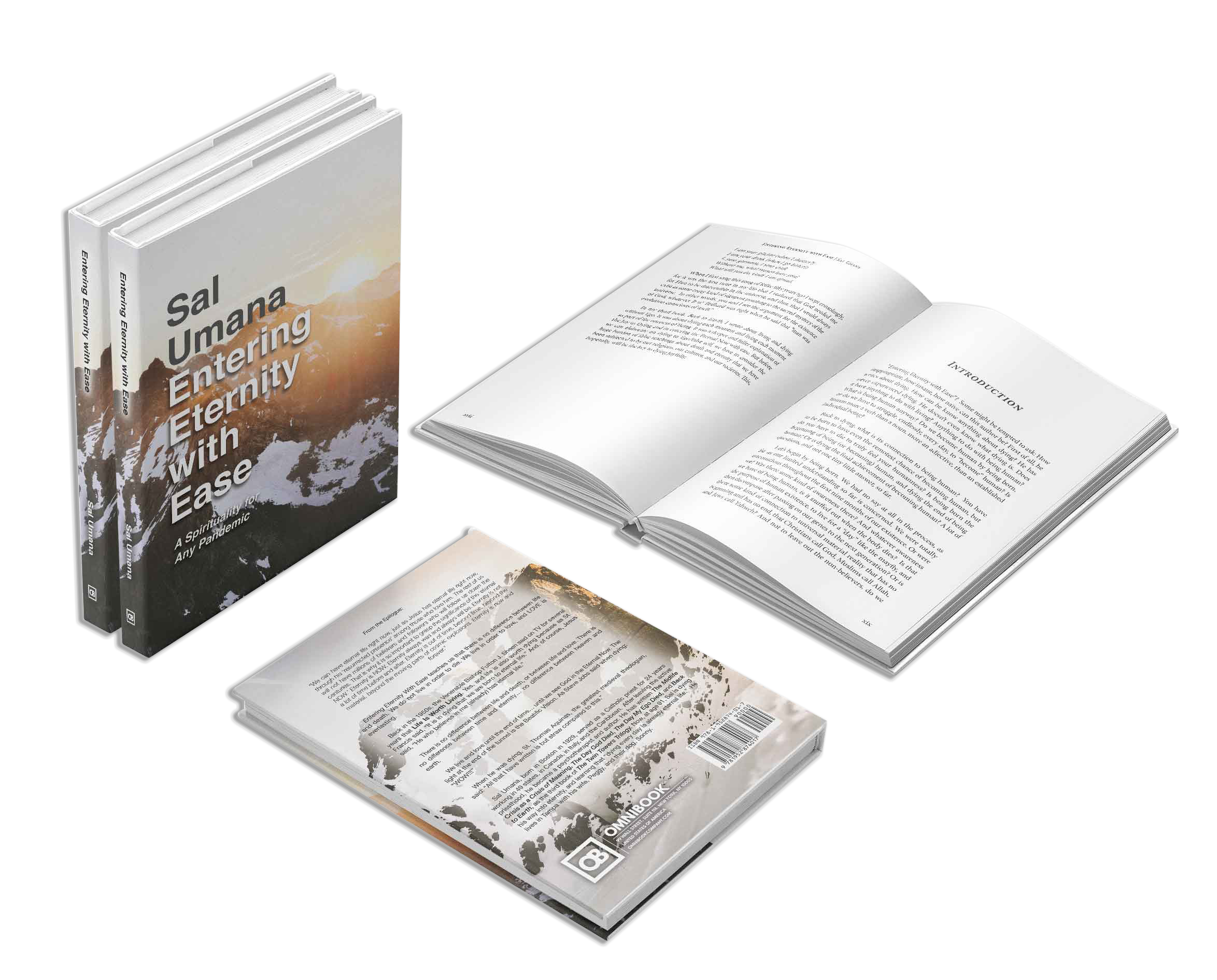