Deprecated: Return type of Requests_Utility_CaseInsensitiveDictionary::getIterator() should either be compatible with IteratorAggregate::getIterator(): Traversable, or the #[\ReturnTypeWillChange] attribute should be used to temporarily suppress the notice in /home/salumana/public_html/wp-includes/Requests/Utility/CaseInsensitiveDictionary.php on line 91
 Excerpt of The Twin Towers Trilogy – Sal Umana
Skip to content

How to Practice Dying

The oldest cliché’ in New York City is “How do you get to Carnegie Hall?” “Practise, practise, practice.” In my High School Seminary, the first thing we learned from our German Professor, Charlie Fehrenbach, was “Ubung macht den Meister,” “Practice makes perfect.” Wouldn’t this apply to dying more than to any other activity in life? Notice I said ‘life.’ Death should be our last and noblest act of life. Death should not be a mere acceptance of the inevitable but our finest hour. Death is going home: going to our parents’ house for a White Christmas, going to our Grandparents’ house for a New England Thanksgiving. Death should be our final grand-slam walk-off home run. We should all come down to earth as winners.

At the beginning of “The Day My Ego Died”, I quote Teilhard DeChardin, in Christianity and Evolution, where he says, “ If, as a result of some interior revolution, I were to lose in succession my faith in Christ, my faith in a personal God, and my faith in spirit, I feel that I should continue to believe invincibly in the world. The world (it’s value, its infallibility, and its goodness)—that, when all is said and done, is the first, the last, and the only thing in which I believe. It is by this faith that I live, and it is to this faith, I feel, that at the moment of death, rising above all doubts, I shall surrender myself.”

It seems that Teilhard meditated for many years on this theme of faith in a personal God, and in Christ, and in spirit itself, and he faces death, as I do, as a home coming to earth. This is a dedicated Jesuit priest and anthropologist, who remained faithful to his religious vows

until death, even though he was silenced by Rome and forbidden to write or teach anymore in a Catholic University. So he went to China to continue his work in paleontology and evolution. One morning, as the sun rose, he said Mass by holding up his hands to embrace the globe of the rising sun, and pronounced the sacred words of consecration over the universe of evolution, saying: “This is my body!” The universe, the world, as Teilhard calls it is the Body of the Great Spirit! In dying, we go back to the earth we came from.

So how do we practice dying, whether it is death of Ego, or death of Body. Every day we have marvelous opportunities to practice dying. If I were a stand-up comedian like my favorite, George Carlin, I would say that comedians practice dying every time they get in front of an audience. George had so much practice dying that it must have been a piece of cake for him to actually die. George would probably say that you either kill the audience or be killed by them. Every crowd is such a tough crowd that if you don’t kill ‘em, YOU’RE GONNA DIE! For the rest of us mortals, we have to grasp the chances that befall us every day, especially as we move into the Super Senior Golden Age. I’ll give you a concrete example.

One morning, recently, I was awakened at 6:20 by a phone call asking me what happened. Three golfers were waiting for me to tee off at 6:52. It was a nightmare that I have had dozens of times, only this time it was not a nightmare, it was really happening. You see, I was slated to play in the semi-finals of the Governor’s Cup matches at the Salisbury Senior Golf Club. It was the first time in about five years that I had qualified for the match play at our club. I was excited all week preparing for my last shining moment with the club, since we will be moving to Florida for good at the end of this season. So now, as I am answering this phone call from the starter’s booth at the golf course, my special golf alarm clock was going off. It’s a little fat golfer with a yellow mustache and a green tam-o-shanter that my friends, the Healy’s gave me for Christmas, and the little fatty is crying out to the sound of birds chirping: “Wake up! Wake up! You’re going to miss your tee time!” And then there is the swish of a golf-swing and a splash of a ball hitting water. The alarm clock keeps repeating this annoying and gruesome taunt until you push down the button on his freaking green tam-o-shanter.

Now, I have been claiming for 10 years that my Ego is dead, and nobody, especially my wife and best friends, believes that. So, I will let you, kind reader, decide. I swear I was not very upset by this senior moment catastrophe, because I immediately recognized it as a perfect opportunity to practice Ego suicide and dying to self which is, after all, the only preparation for death that we really need. Each time that we die to our Ego makes the ultimate death of our body a little bit easier.

When I ran to the starter’s station and asked what happened and he told me they took off without me, I could have gone into an Ego rage. Why did they call me and wake me up and rent a golf cart for me with my opponent if they did not intend to wait for me, which is done all the time in our club? I thought that, but I did not allow it to upset me. It was simply my mistake, my senior moment. It’s my job to accept my human condition, accept my vulnerability to imperfection, and move on to the next adventure in life and death. It’s not my job to question what other people should or should not have done. It doesn’t matter what I would have done if I had been in their place. Next time, set the alarm clock correctly, which I have done. Not only that, but I set a second alarm clock just to be sure. I’m not dead yet, but I’m practicing.

This senior moment of completely mixing up 5:00 AM with 6:00AM is what dying is about. It’s a loss of control of our most critical faculties: attention and concentration, the Ego’s biggest defenses after denial and projection. Ego doesn’t want to die. Even though Ego is a mental construct of the brain and only exists as an idea of the brain, it functions as the Chief Executive Officer of the body and commands the body in all matters of life and death. It seems to me to be a product of evolution and the survival of the fittest. The Ego that best survives the opposition passes on its body’s genes by the process of natural selection. The Ego is mortified, which literally means, put to death, by lapses in concentration.

That is why we humans have so many wars and greedy dominators.

But whether we are rich or poor, oppressors or the oppressed, we better learn how to die to Ego, or we are looking at some very ugly deaths. Not only, but if we really understand that we are already dead, and living in God’s ETERNAL NOW end time, we cannot enjoy it unless our Ego dies.

St. Alphonsus Liguori, founder of the Redemptorist Congregation of which I was a member for 30 years, was famous for his insistence on preparation for death. His best known book, by that name, was written at his desk with a real human skull as a reminder.

In the seminary, they often told us the story of St. Aloysius Gonzaga who was the patron saint of seminarians. Aloysius was enjoying recreation one day playing bocce, and St. Ignatius Loyola came up to him and asked him, “Aloysius, if you knew you were going to die this day, what would you do?” The seminarian simply replied, “ I would just go on playing bocce.” Is death that big a deal, if the in-house bocce championship is at stake? Especially if you are at peace with God and man, and time and eternity?

But the best illustration of my thesis on preparation for death I received from a lecture by Dr. John Yankovitch at our local Molloy College on the Code of the Samurai. The central point in the selection of Samurai warriors was the readiness to die at any moment for his master. Since every moment could very well be the moment of death, the Samurai had to decide whether he was ready to die every moment at the command of his master. If there was the slightest hesitation, the candidate would not be accepted into this elite culture of death. The Kamikaze of World War II fame (or infamy) came out of that culture. The nuclear engineers who are now working at the tsunami dismantled nuclear plant in Japan are from that same culture. Perhaps they learned it from the honey bees who designate certain worker bees to stand guard at the entrance to the hive and sacrifice their lives by stinging any foreign insects that try to invade the hive. 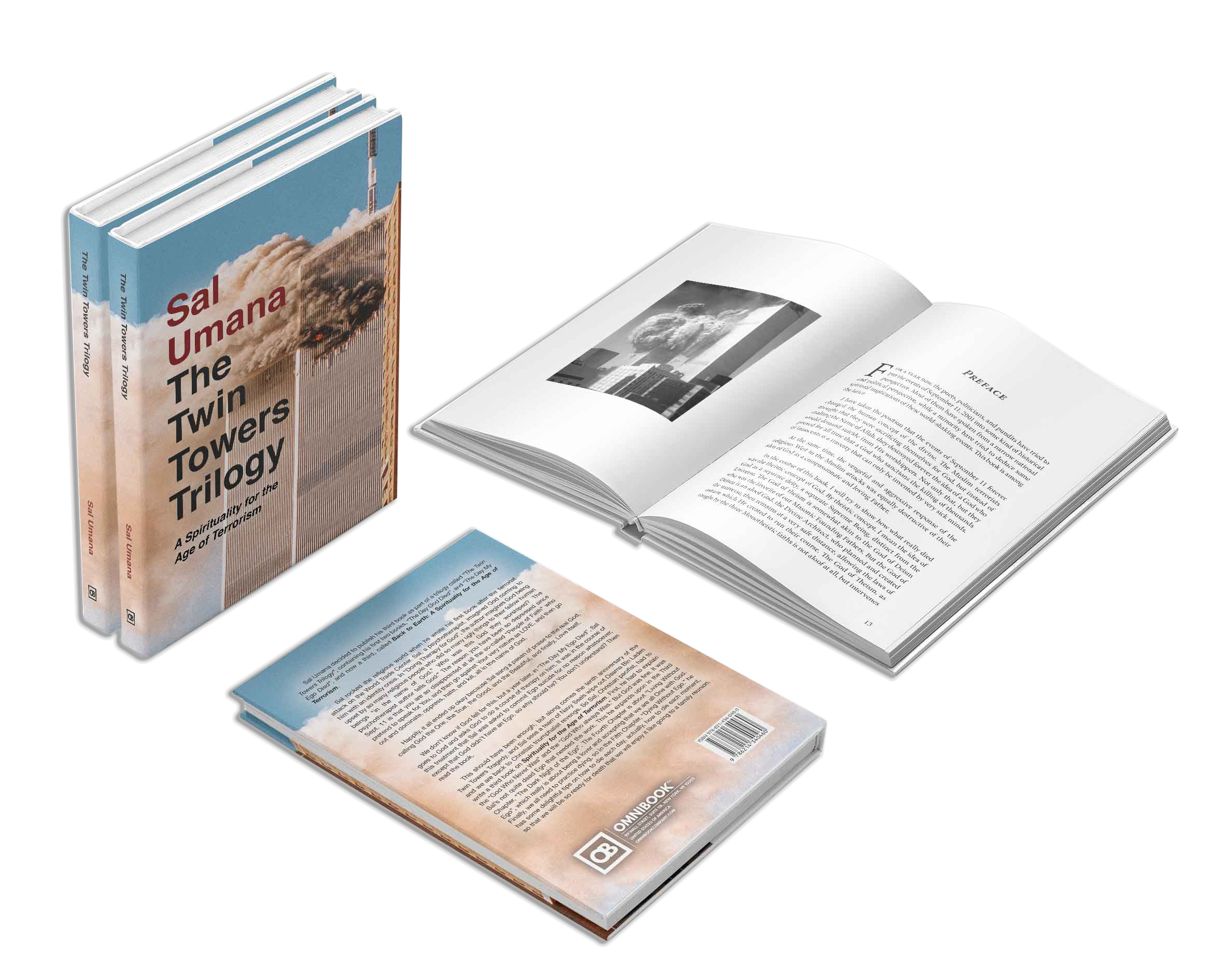